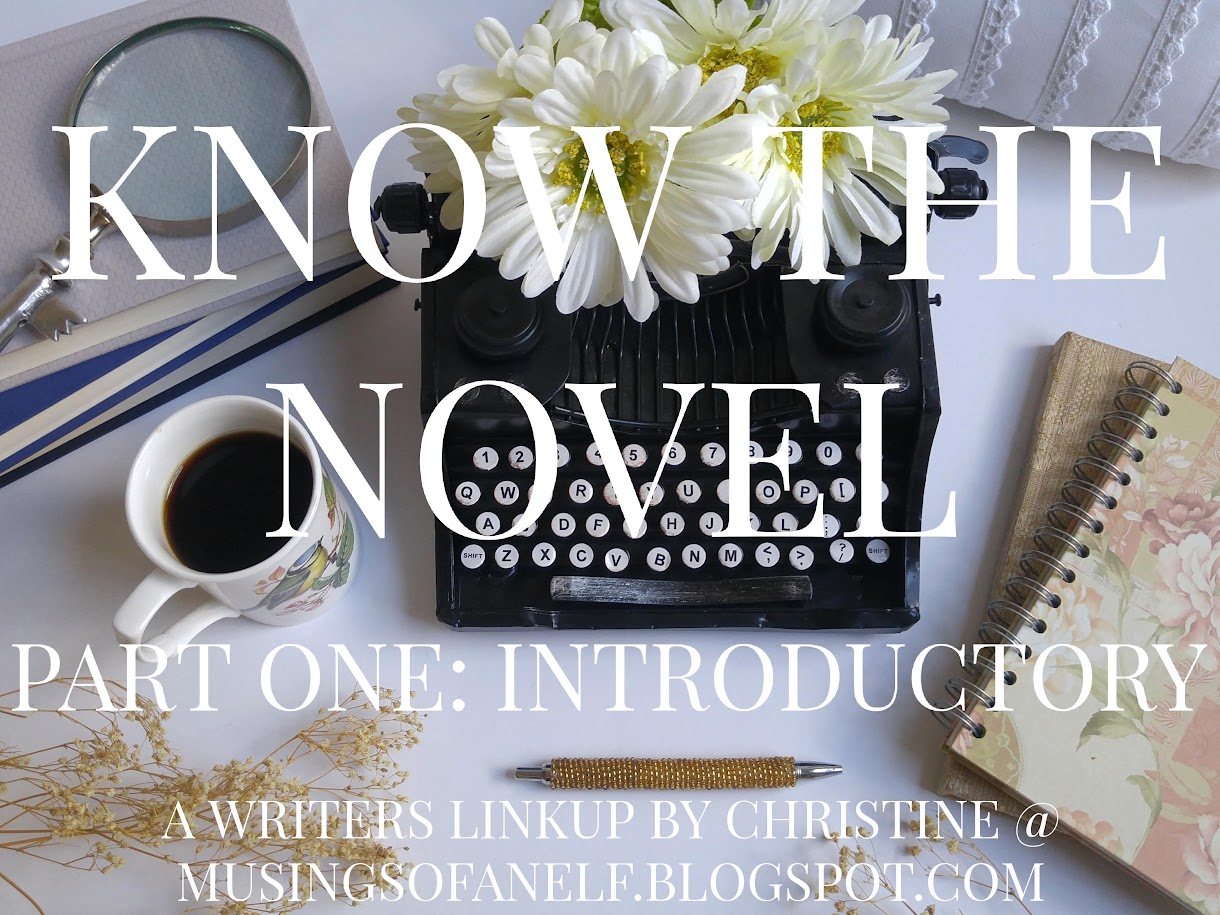 Today’s post is courtesy of Christine Smith, at Musings of an Elf.  Know the Novel is Christine’s shiny new three part link-up, and a great way for a writer to brag about his or her project! The project I’ll be talking about is one I’ve mentioned a few times before: my still unnamed space opera!

‘Artist Kinniren adores the natural rock sculptures and busy markets of her native Keremios, the planet of culture and colour… and also of pirates.  Sick of the pirates’ reign of terror, Kinn signs up with the Keremios Secret Security and is given a mission to deliver a piece of information that just might be the key to the pirates’ demise.

Captain Rieve Merrit has managed to keep a perfect record of successfully delivering secret information and weapons for the Balcerran smugglers.  When the Balcerran smugglers and the Keremios pirates form an alliance, Rieve is assigned to sneak a ‘package’ between the two planets.  His ‘cargo’: an eccentric artist by the name of Kinniren.’

So ends the first part of Know the Novel.  Thanks again to Christine Smith for this awesome new link-up!

View all posts by To be a Shennachie

9 thoughts on “Know the Novel Part One: Introductory”

Finding Laughter and Refreshment One Day At A Time

the writerly ramblings of a whimsical bean

in everything, God is good

- stories that grow with you -

Amateur theology all week long. But especially on Mondays.

Medical Fact for your Fiction

The Road of a Writer

Stories will not be written easily. A story without a heart is dead, and the only place it will get a heart is from the author.

The weird and wonderful ramblings of a Kiwi girl

A blog about anything, everything, and nothing

discovering the art of sharing stories